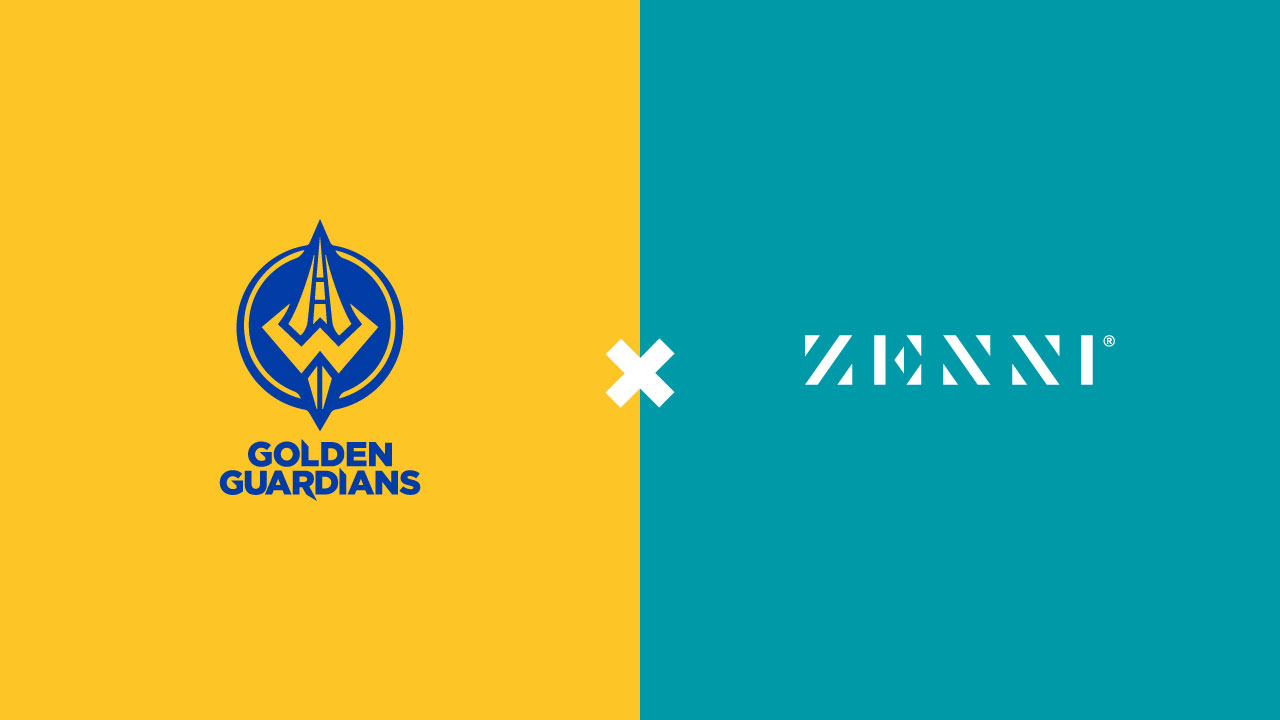 OAKLAND, Calif. – The Golden Guardians (GGS), the League of Legends Championship Series (LCS) affiliate of the Golden State Warriors, have entered a partnership with Zenni Optical to become the Official Eyewear of the team, it was announced today. To tip off the partnership, Zenni and the Golden Guardians will host an activation at the LCS Summer Split tailgate on June 1 at the LCS Studio in Los Angeles.

As part of the partnership, members of the Golden Guardians will use both Zenni prescription eyewear and their signature Blokz™ blue blocker lenses to protect player’s eyes from overexposure to blue light while combating eye strain commonly encountered during long, intense gameplay sessions. Additionally, both the Zenni and Blokz logos will be visible on the right sleeve of all Golden Guardians jerseys. The partnership will also include additional sales and marketing elements including social media and digital branding on Twitch. Zenni will also partner with the Golden Guardians to create digital content pieces featuring the team and its players throughout the term of the deal.

“Our partnership with Zenni will directly help our players continue to perform at a high level, block blue light and reduce eye strain,” said Hunter Leigh, Head of GSW Esports. “Blokz blue blocker eyewear is a critical offering that will allow for improved player health and well-being.”

“We are really looking forward to joining the Golden Guardians and play a valuable part in their team’s performance,” said Sean Pate, head of partnerships for Zenni. “We know gamers spend countless hours in front of their computers, and we’re advocating better eye health by offering affordable protective eyewear that reduces headaches, eye strain and uninterrupted sleep.”

Zenni introduced blue blocking lenses in 2016 and branded them as Blokz in 2018. The virtually clear lenses – made with a special polymer that blocks blue light and UV rays – are a remedy for FryEye. FryEye occurs when consumers are exposed to too much blue light from digital screens. Blokz lenses can be used in nearly all Zenni frames, both non-prescription and prescription and are also available as a sunglass or photochromic option.

Zenni Optical pioneered the online eyewear business in 2003 to make prescription eyewear affordable and accessible to everyone. Based in Marin County, California, Zenni offers men, women, and children the freedom to express their personal style and individuality through high-quality prescription glasses and sunglasses. With its curated collections and thousands of frames, Zenni has sold over 25 million pairs of glasses since its founding. Zenni is proud to be the Official Eyewear Partner of the Chicago Bulls. Find Zenni on Facebook, Twitter, Instagram, YouTube or Pinterest.