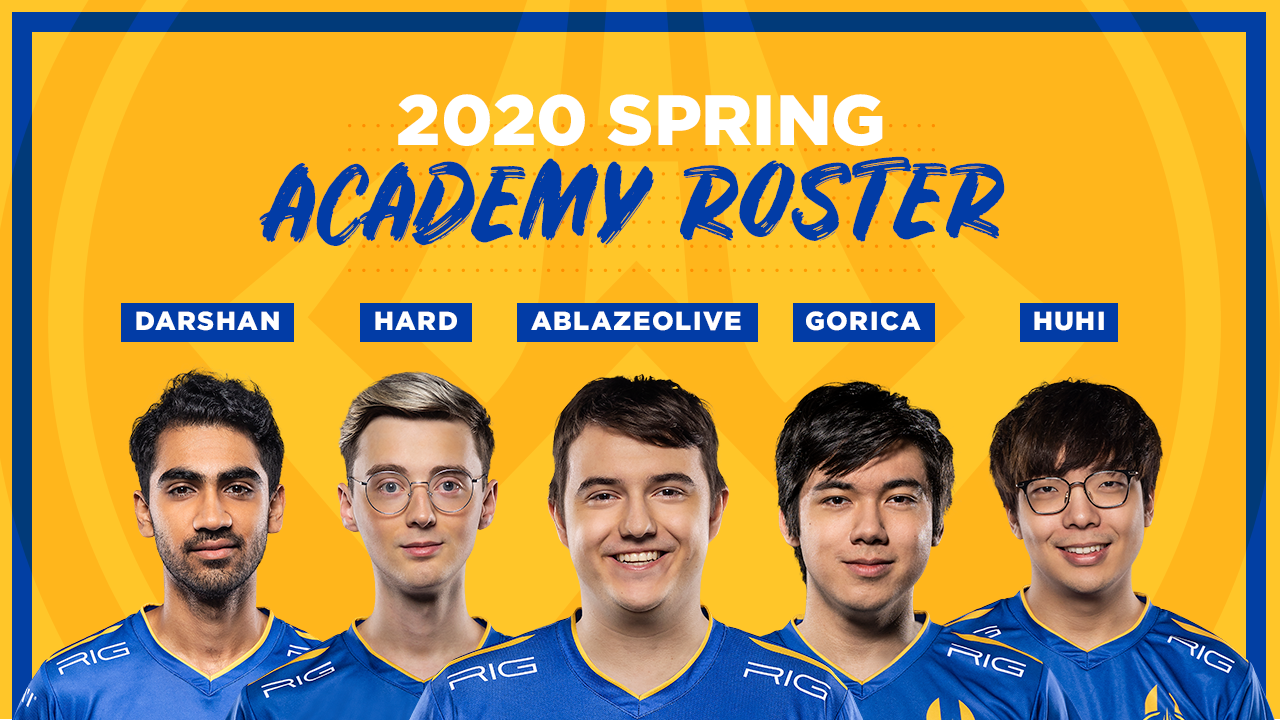 SAN FRANCISCO, Calif. – The Golden Guardians (GGS), an esports affiliate of the Golden State Warriors, have finalized their coaching staff and Academy roster for the 2020 Spring Split of the League of Legends Championship Series, it was announced today.

Bland joins the Golden Guardians as LCS assistant coach and will work closely with Nick “Inero” Smith, who will return to head coaching duties this split. Bland most recently served as the head coach of ORDER, a professional League of Legends team in the Oceanic Pro League, earning back-to-back playoff berths during the 2019 season.

Broadley will join the Golden Guardians as the team’s two-way player coach, a role modeled after that of Golden State’s that focuses on the development of Academy players to prepare them for a transition to the LCS. A native of Melbourne, Australia, Broadley spent the last two years as jungler for ORDER, a professional League of Legends team that competes in the Oceanic Pro League.

Mohammed joins GGS Academy as the team’s new head coach after serving as a commentator in China’s Tencent League of Legends Pro League (LPL). Prior to his time with the LPL, Mohammed worked with Team Dignitas in multiple capacities, including as an analyst and as head coach for their teams in both the US and Europe.

Harrison will enter the 2020 Spring Split as the team’s player performance coach, a new role implemented to serve as a liaison between the coaching staff and the support staff. Harrison previously served as LCS head coach and two-way player coach during the 2019 season, where he led the Golden Guardians to a fifth-place finish with a 9-10 record (9-6 under Harrison) and earned the franchise’s first-ever playoff appearance during the Spring Split.

The five-player Golden Guardians Academy roster is listed below:

The Golden Guardians are the LCS affiliate team of the Golden State Warriors. League of Legends is a multiplayer online battle arena game where two teams of five players battle on Summoner’s Rift with the goal of destroying the heart of the opposing team’s base, known as the Nexus, to achieve victory. Currently celebrating its 10th year, League of Legends is the most watched esport in the world with 13 international leagues worldwide and over eight million peak concurrent players daily.

For more information on the LCS and Golden Guardians, visit lolesports.com.