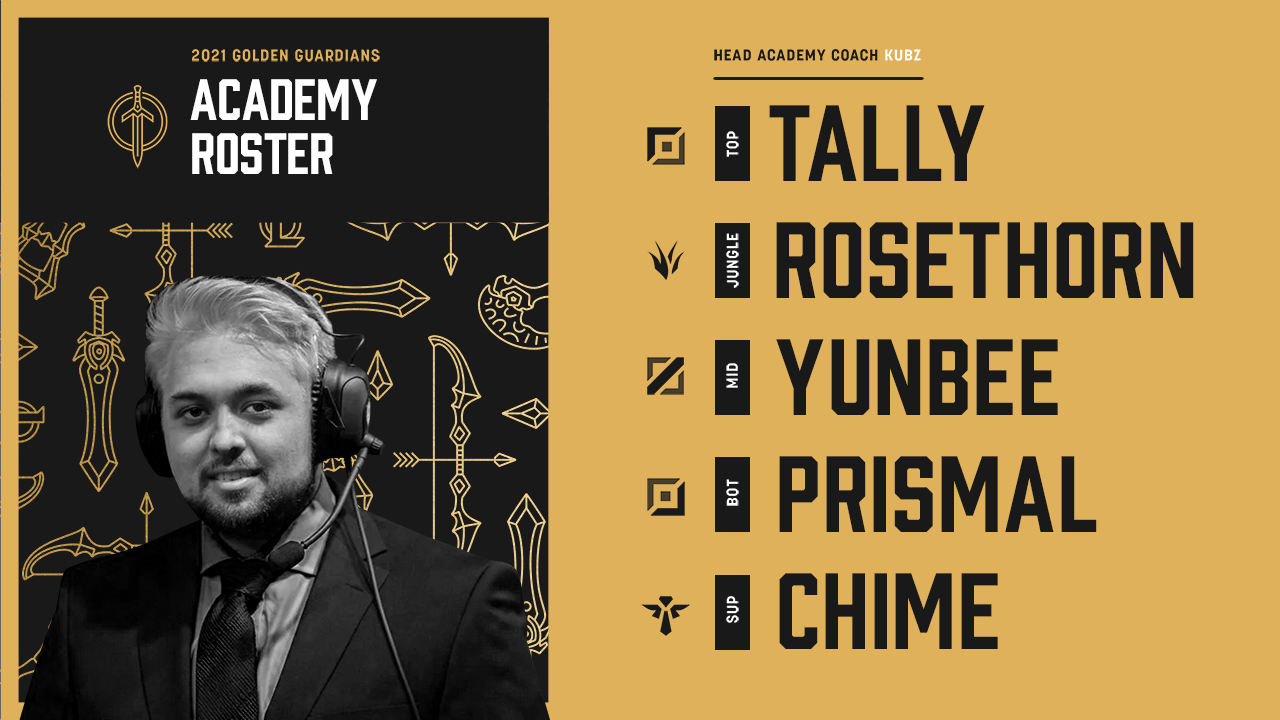 SAN FRANCISCO – The Golden Guardians (GG), an esports affiliate of the Golden State Warriors, have finalized their Academy roster and have named Kublai “Kubz” Barlas academy head coach for the 2021 Spring Split of the League of Legends Championship Series (LCS).

Barlas brings a breadth of player development experience to GGA after years of coaching experience in both North America and Europe. Prior to franchising of the LCS and EU LCS, Barlas had success in promoting two teams (compLexity Gaming, 2014 and Fnatic, 2017) while serving as head coach of the clubs.

The five-player GGA roster is listed below:

Shute, a 2020 Worlds attendee, joins Golden Guardians Academy after competing at mid for Legacy Esports of the Oceanic Pro League, where he led the team to back-to-back OPL Championships and an appearance at Worlds 2020. Kim, a native of South Korea, joins GGA from Zenith Esports, an amateur League of Legends team based in North America. Choi was drafted sixth overall by the Golden Guardians during 2020 NA Scouting Grounds where he recorded a pentakill and a KDA of 10/0/3. Feinstein spent the past two seasons as bot for 100 Thieves Academy where he helped the team to a 2019 NA Academy Summer Split Championship. Pomponio joined GGA prior to the 2020 Summer Split, helping the team earn a playoff appearance after finishing the split in fourth place (10-8 record).