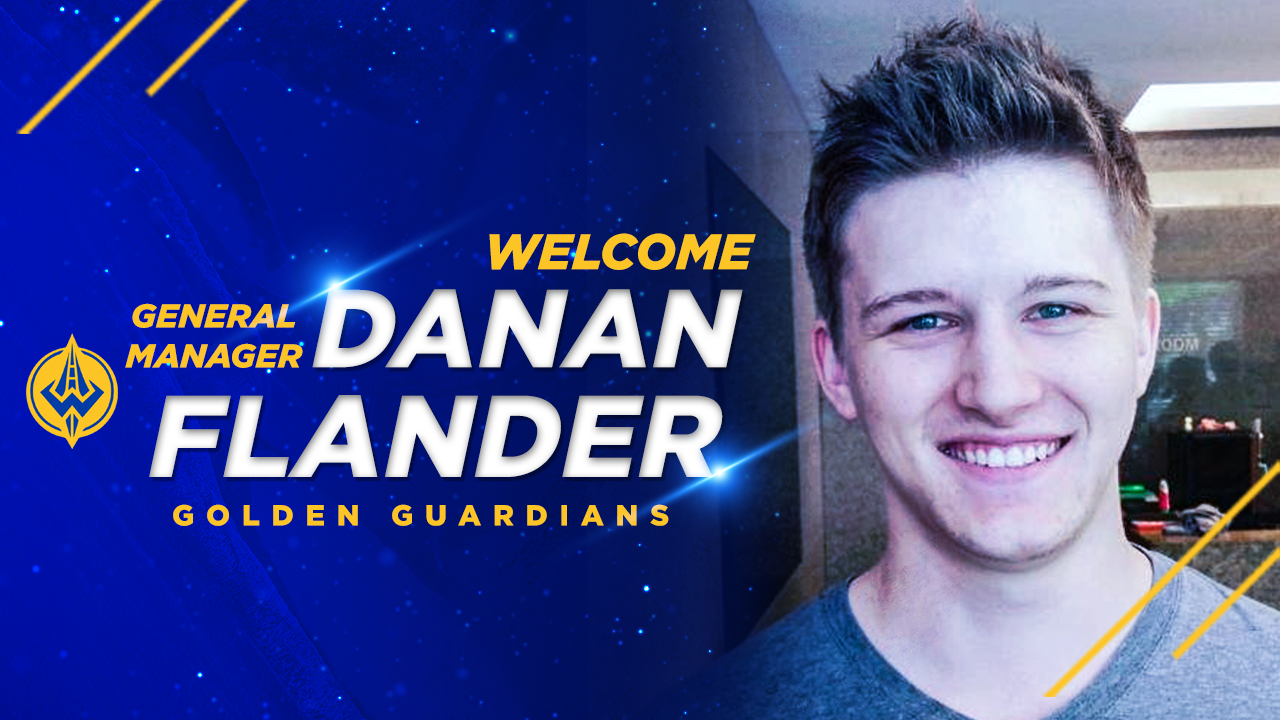 OAKLAND, Calif. – The Golden Guardians (GGS), an esports affiliate team of the Golden State Warriors, have named Danan Flander as the team’s first-ever general manager and Nick “Inero” Smith as head coach, it was announced today.

“We’re excited to begin building our team for next season, starting with the hiring of these two proven esports professionals,” said Hunter Leigh, head of esports for GSW Esports, LLC. “We are confident that the leadership and guidance of Danan will be a game-changer for our culture, starting with the addition of Inero as our head coach.”

Danan Flander will join the Golden Guardians as the team’s first-ever general manager. His primary day-to-day responsibilities will include overseeing the entire coaching and support staff office, roster moves, contract negotiations and overall competitive performance of the team, modeling the role of a traditional professional sports general manager. Flander most recently served as senior general manager for Cloud9 where he oversaw the competitive efforts for their 16 esports teams, climbing his way through the ranks for nearly four years. In early 2014, Flander created Cloud9’s original player development initiative. An Iowa native, Flander has participated on and managed League of Legends teams since the inception of competitive play in 2010.

“With the 2019 competitive season on the horizon, I’m thrilled to be named the first-ever general manager for the Golden Guardians,” Flander said. “The resources and perspective that the Golden State Warriors provide their esports initiatives are second to none, and I’m excited to capitalize on the relationship we’re afforded by working alongside their traditional sports divisions. Along with this, I aim to be a driving force for change in the League of Legends competitive scene and GGS is providing me the tools and autonomy to make waves from day one.”

“I’m excited to get working with such an experienced, passionate manager who believes in my approach” Smith said. “Our vision for the future of competition and esports is in complete alignment, and I’m excited to help lead this team in the upcoming season.”

The NA LCS will return to competition in January, 2019.

Golden Guardians is the NA LCS affiliate team of the Golden State Warriors. League of Legends is a multiplayer online battle arena game where two teams of five players battle on Summoner’s Rift with the goal of destroying the heart of the opposing team’s base, known as the nexus, to achieve victory.

For more information on the NA LCS and Golden Guardians, visit lolesports.com.